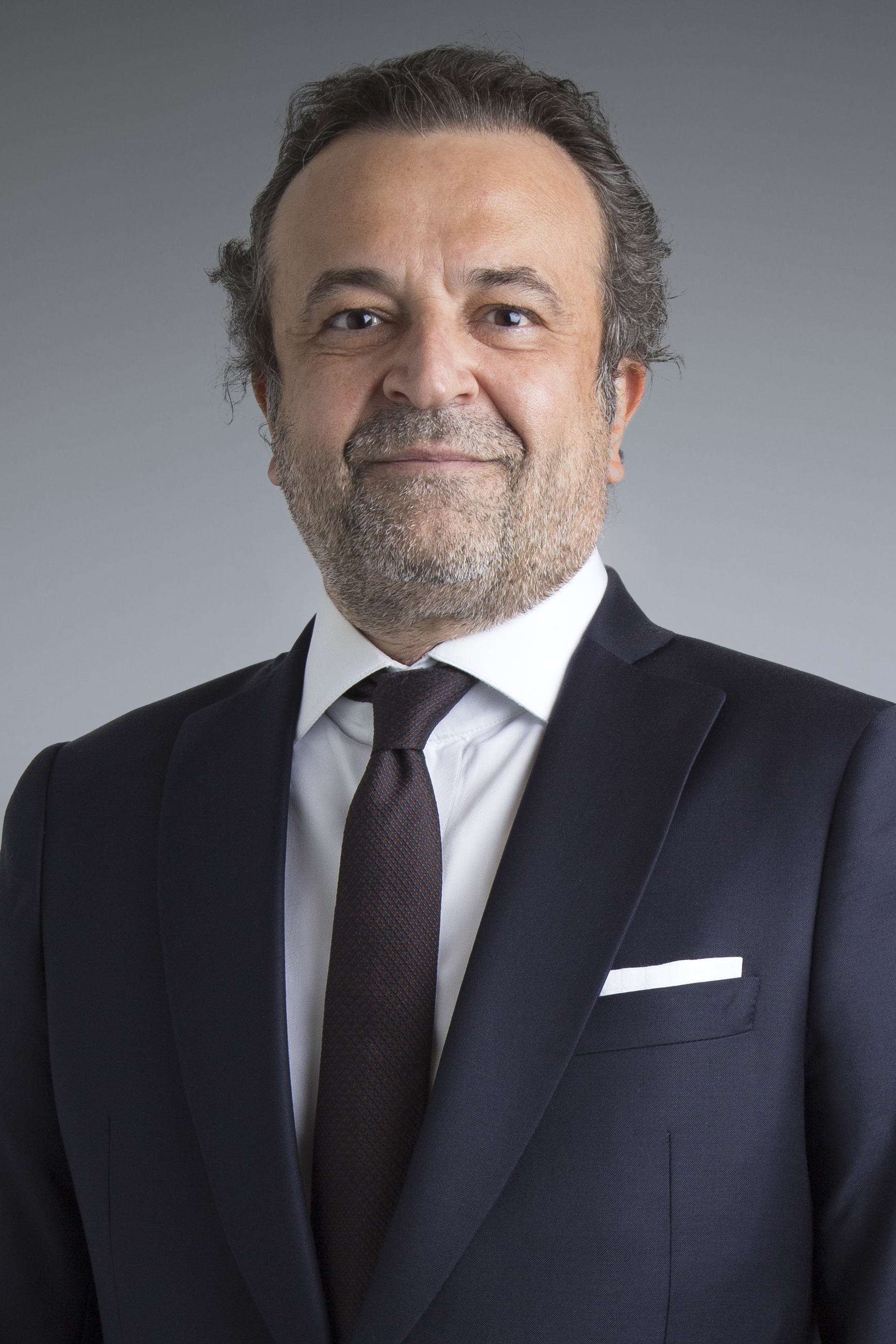 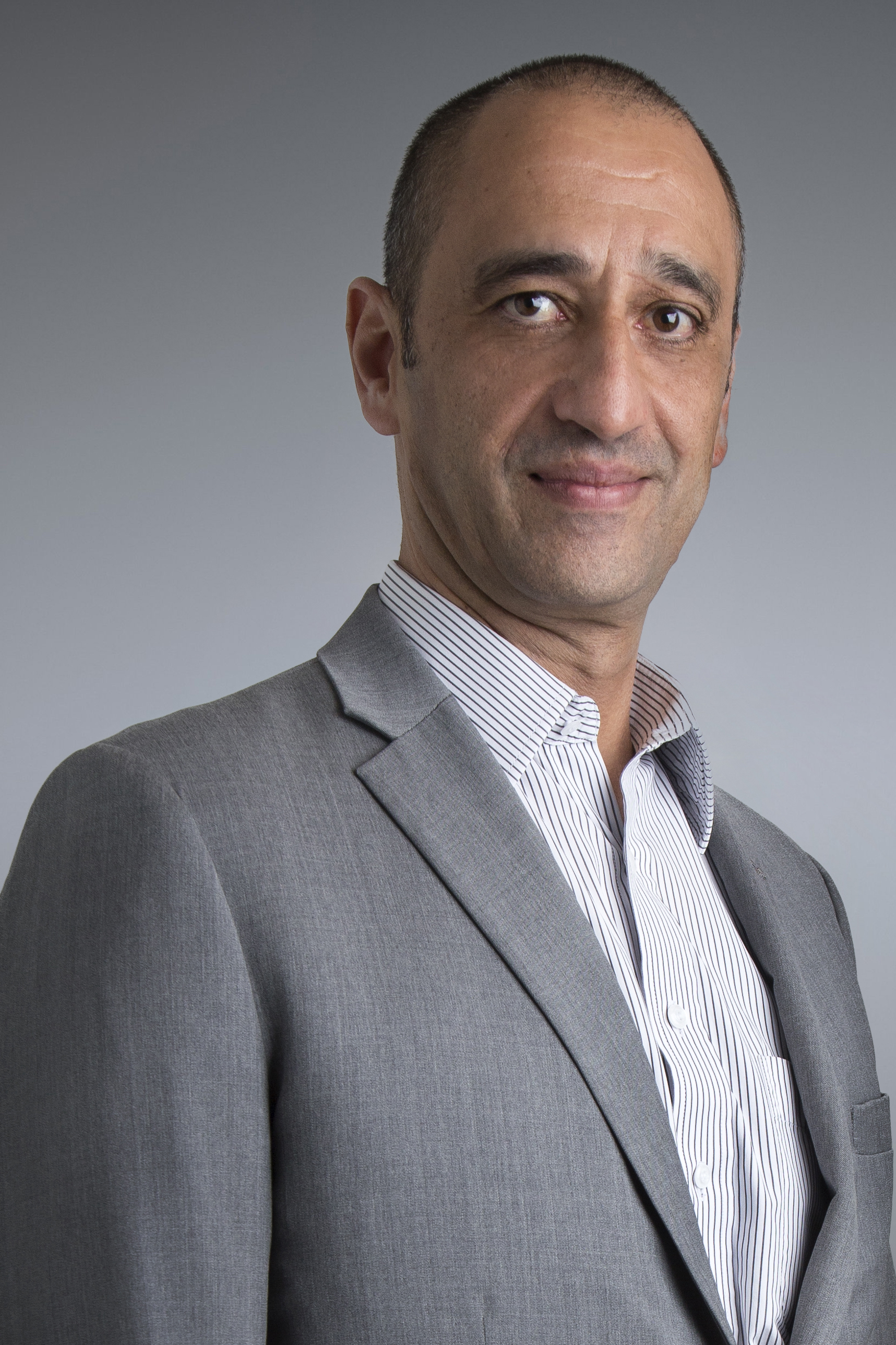 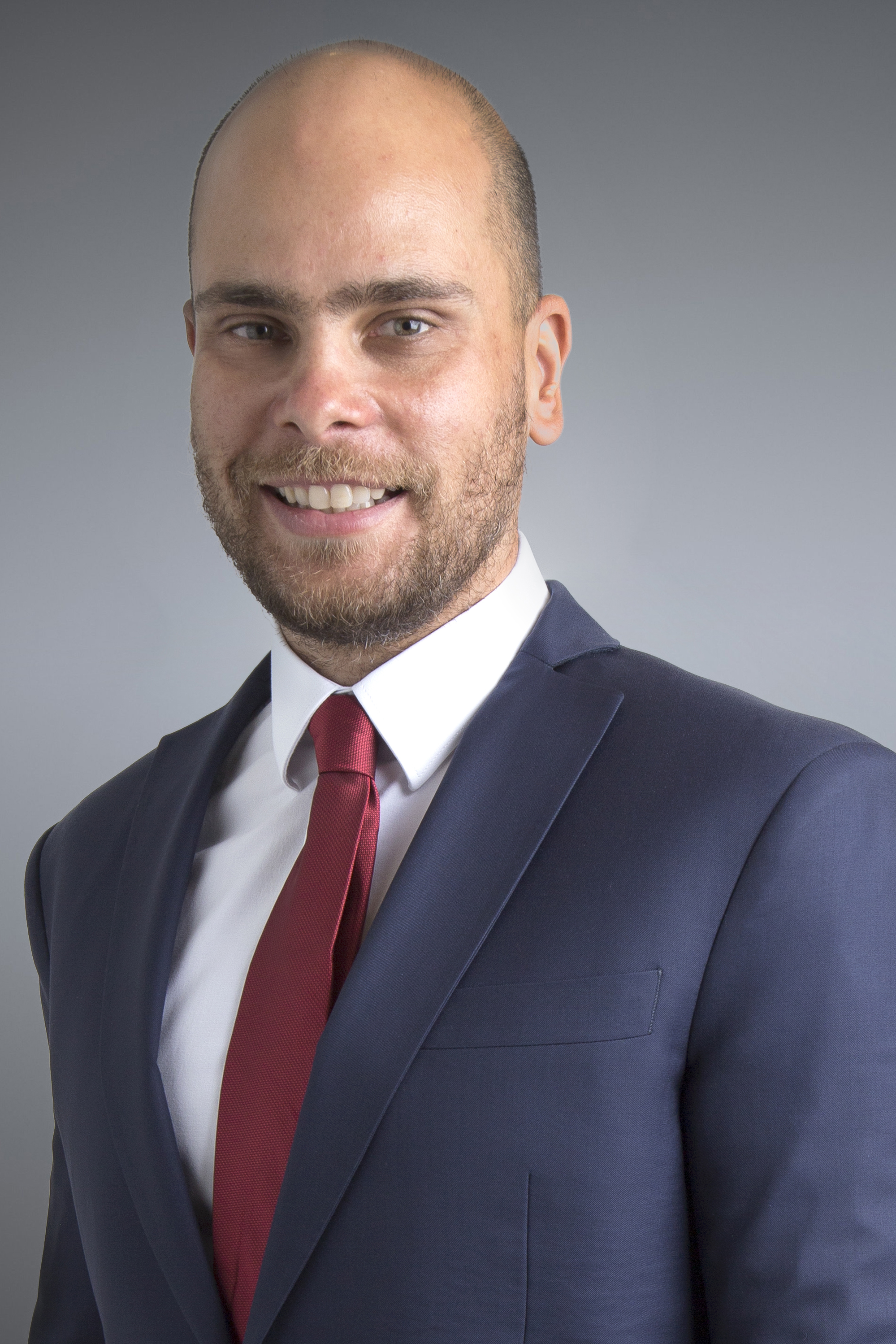 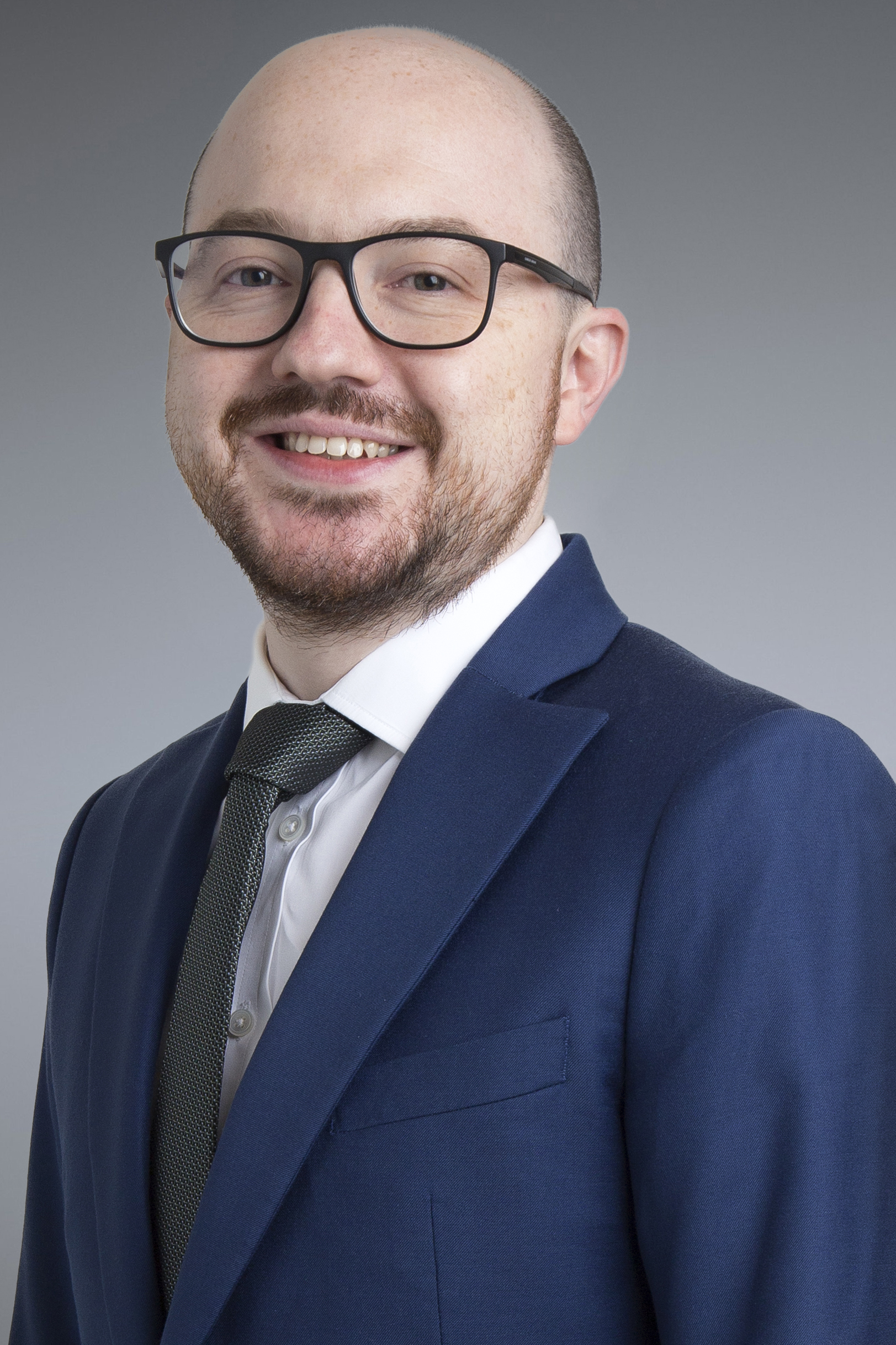 Her practices comprise the resolution of civil, commercial and corporate sophisticate disputes, arbitration and dispute prevention. 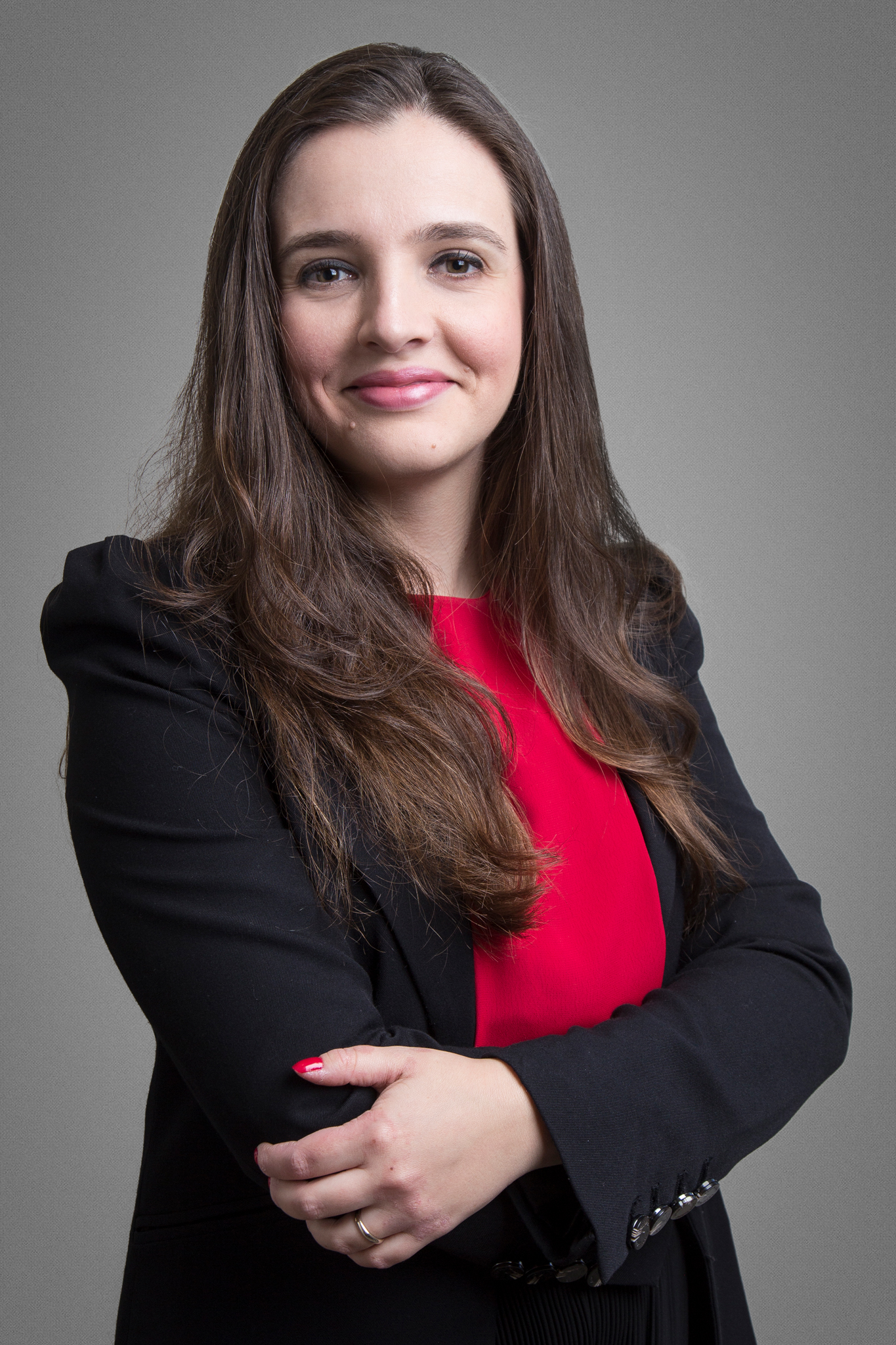 Her practices comprise Judicial Reorganization and resolution of civil and commercial disputes.

Her practices comprise the resolution of civil, commercial and corporate sophisticate disputes, arbitration and dispute prevention. 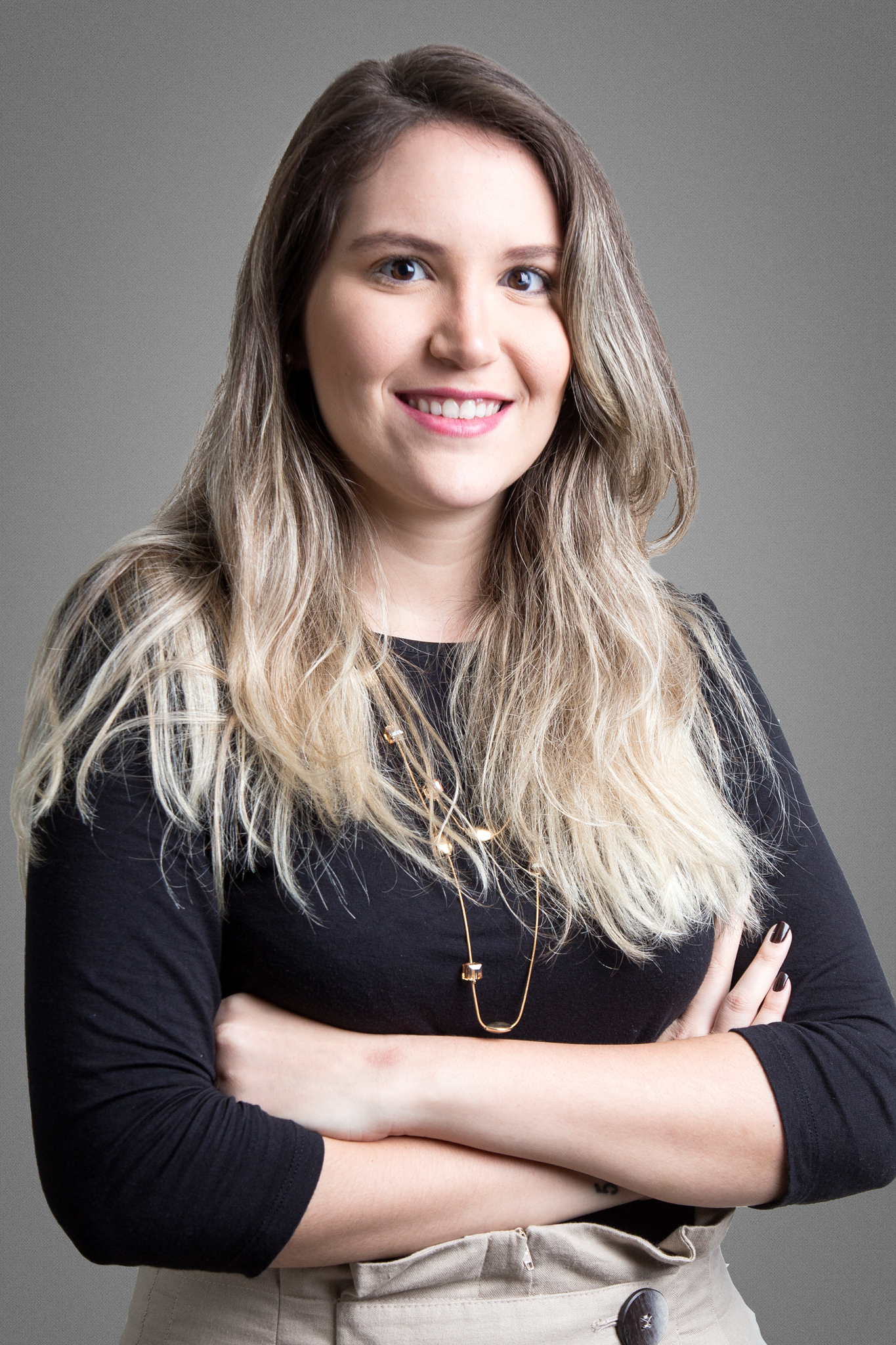 Arthur Barbosa Porto graduated in Law from Centro Universitário do Estado do Pará (2016), and is specialist in Business Law from the Fundação Getúlio Vargas – São Paulo (2019). 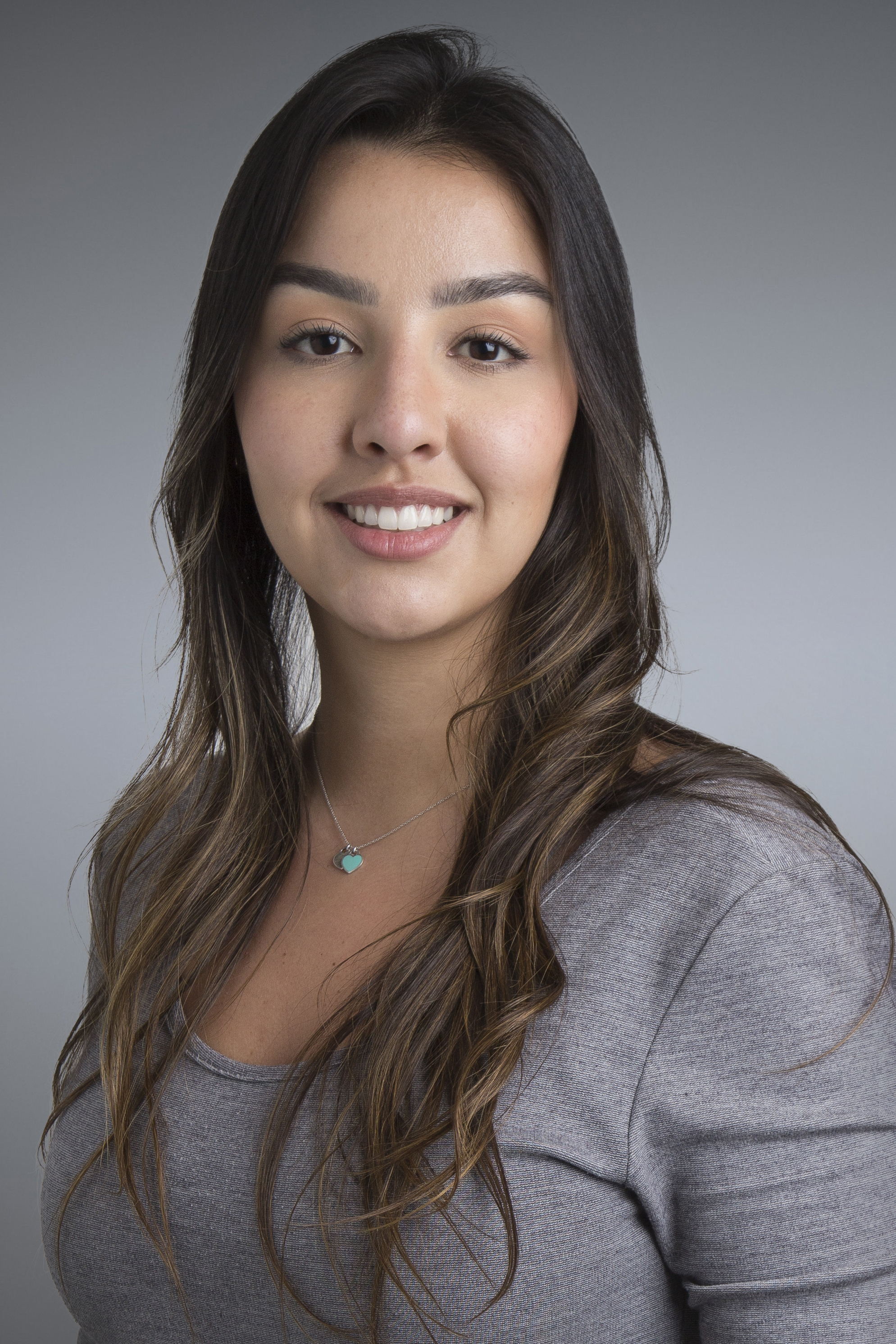 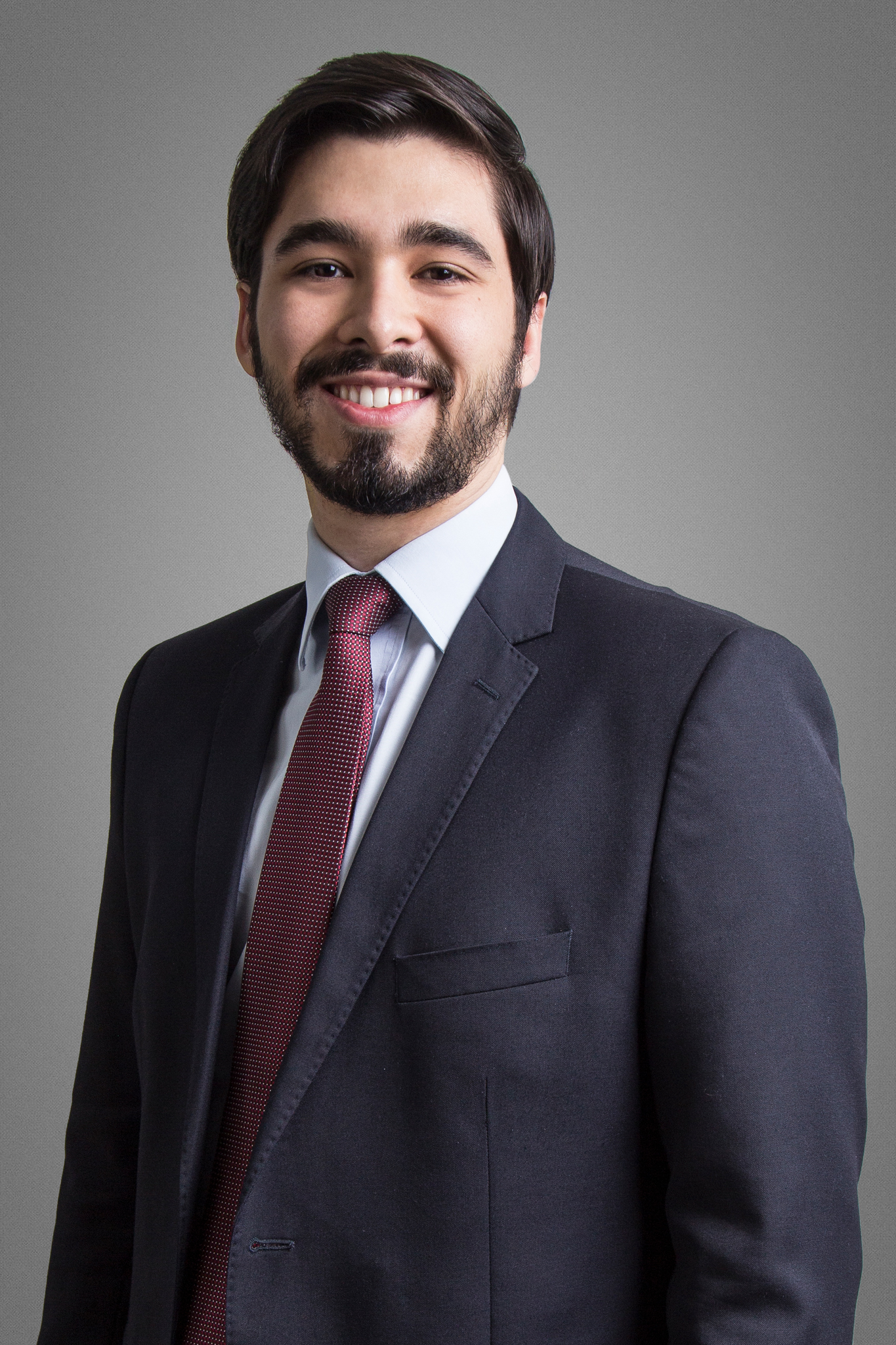 Associated to the Brazilian Bar Association São Paulo and to the Bankruptcy Law Committee of the São Paulo Lawyers’ Institute (IASP). 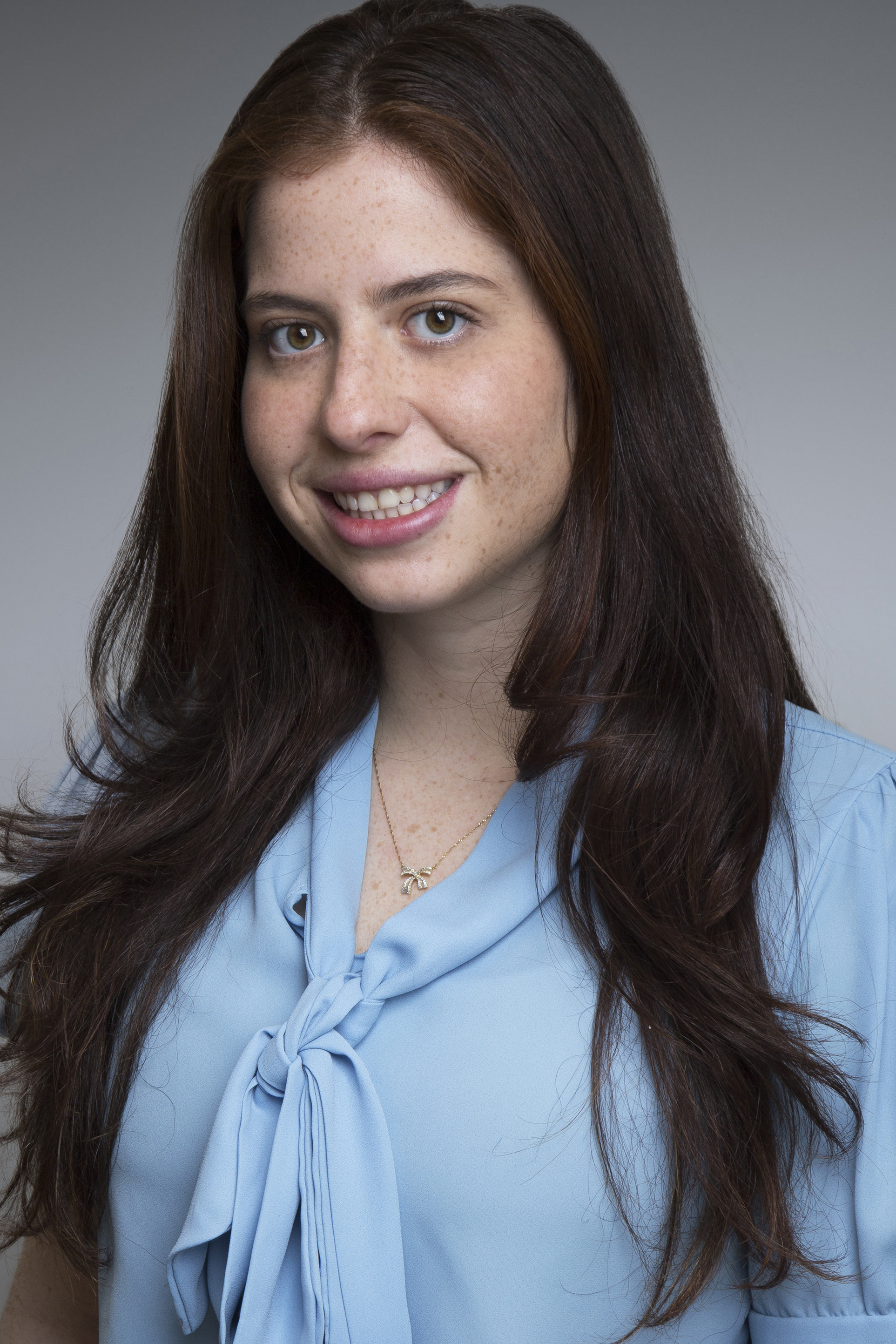 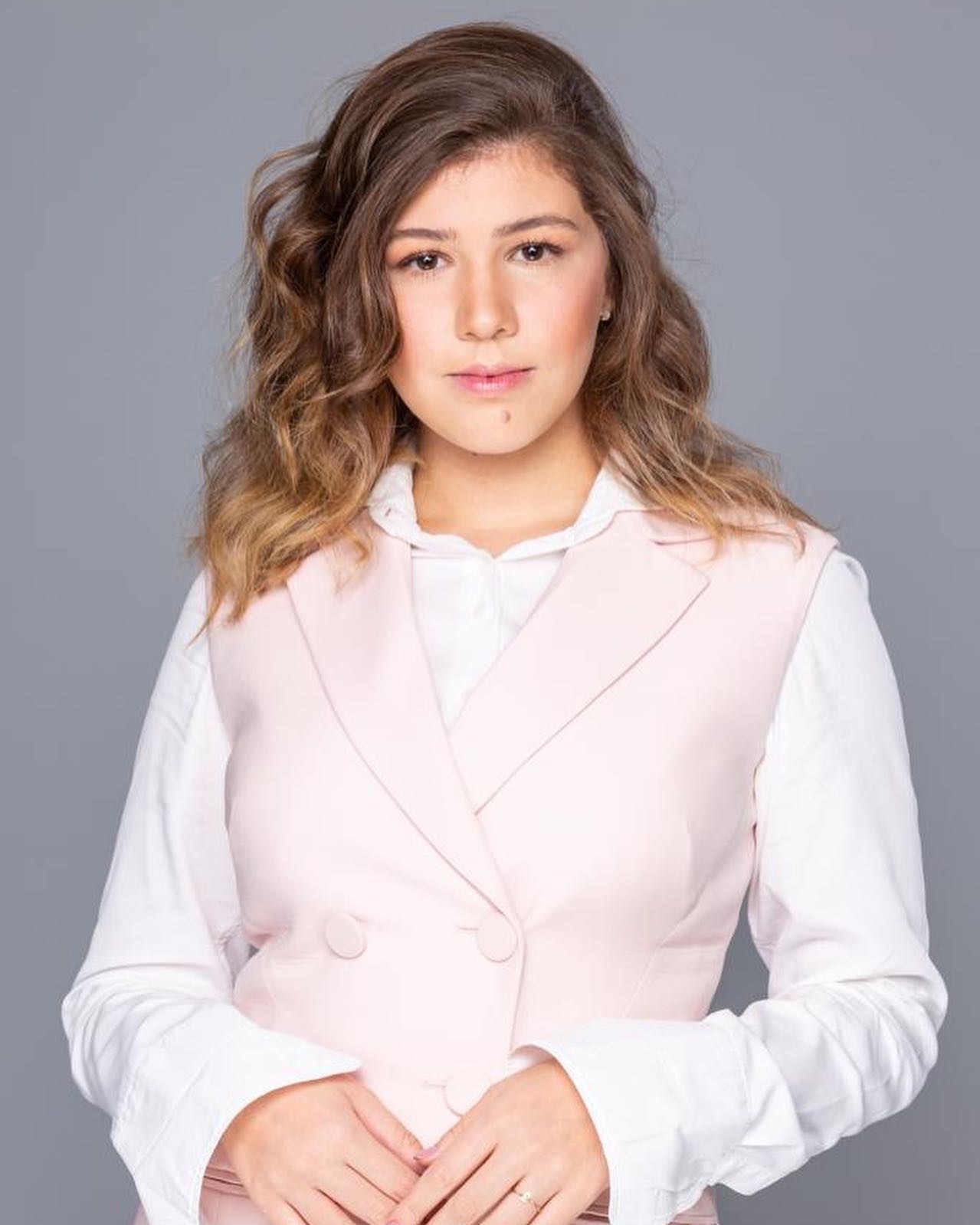 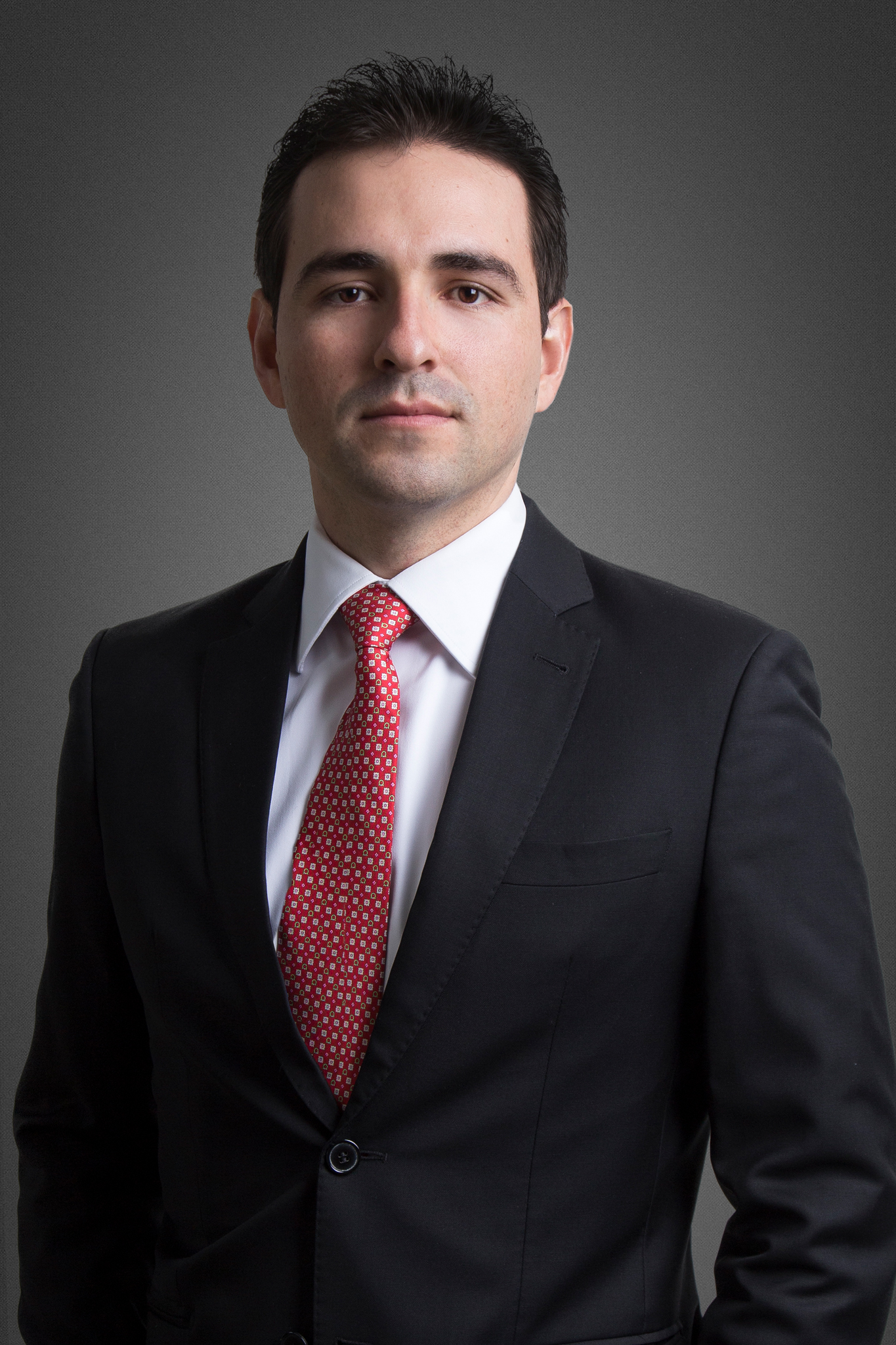 Felipe Pereira Gallian graduated in Law from Universidade Presbiteriana Mackenzie (2019), and is currently post-graduation´s student in Contractual Law from Pontifícia Universidade Católica de São Paulo (PUC/SP), same institution where he attended to an extension course in Restructuring and Bankruptcy Law (2019).

Gabriela Mendes Maria graduated in Law from Universidade Federal do Rio Grande do Sul (2011), is specialist in Business Law from Escola Paulista de Direito (2018) and is currently post-graduation´s student in Corporate Law from Insper. 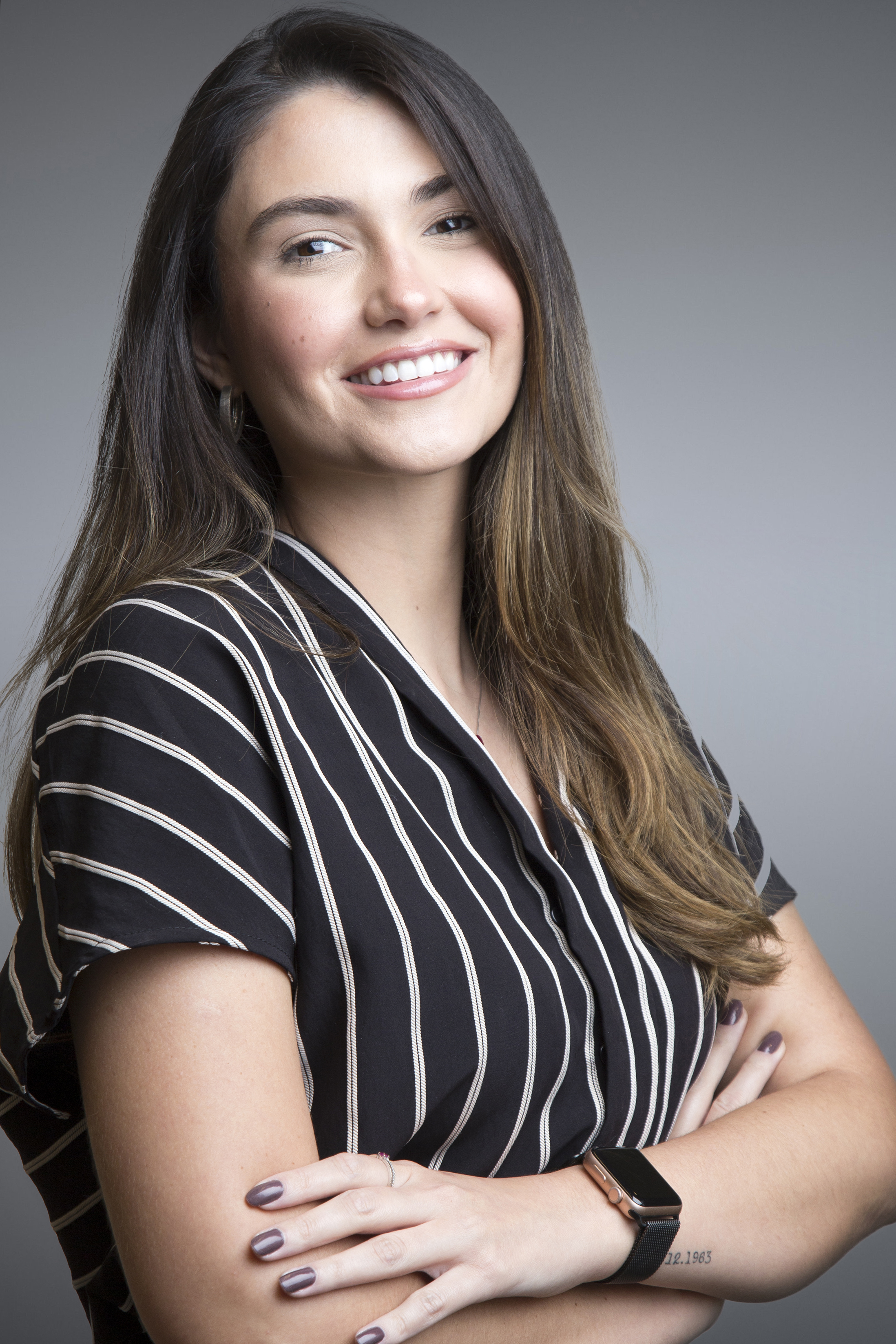 Giulia Ottani Gonçalves graduated in Law from Universidade Presbiteriana Mackenzie (2019), is specialist in Civil Litigation from the same institution (2020) and she is currently post-graduation´s student in Corporate Law from Pontifícia Universidade Católica de São Paulo – PUC-SP (2022).

Giuseppe Marino Filho graduated in Law from Universidade Anhanguera (2012), and is specialist in Civil Procedural Law from the Escola Paulista de Direito (EPD).

Jasmine Mel Junqueira Scatolingraduated in Law from FUMEC University – Belo Horizonte (2015), and is specialist in Corporate Law at FGV Law (2020).

Her practices comprise Corporate, Mergers and Acquisitions, and Debt Restructuring.

His practices comprise the resolution of civil, commercial and corporate sophisticate disputes, arbitration and dispute prevention.

Raissa Mara Neiva Nunes is graduated in Law from Faculdade Processus/Asa Sul (2016), and is specialist in Civil Law and Civil Lawsuit from Cândido Mendes University (2019).

His practices comprise Judicial Reorganization and resolution of commercial disputes.

Joel Bastos has vast experience acquired in the largest and most complex debt restructuring cases in Brazil, having advised debtors, creditors and investors in the restructuring of debts, court-supervised as well as out-of-court reorganizations and bankruptcies.

Since the advent of the New Bankruptcy Law, Joel Bastos has been advising clients on all of the most important restructuring cases in Brazil, representing the interests of financially distressed companies that operate in various industries. Bastos has been acknowledged both in Brazil and abroad as one of the leading attorneys in this practice area and in 2006 he received the ‘Deal of the Year’ award for his pivotal role in the Parmalat case and in 2015 in the OAS case. He has also participated and coordinated the largest and most complex court-supervised corporate reorganization cases in Brazil.

Joel Bastos appears many times in several legal directories such as Chambers, Latin Lawyer, Legal 500 and PLC (Practical Law Company), and he is also an honorary member of International Who´s Who Legal. He also lectures and works as a visiting professor at several universities both in undergraduate and graduate programs on a regular basis.

Bastos obtained his Bachelor’s degree in Law from the School of Law of Mackenzie University in 1992. He is the founding member and currently a member of the Board of Directors at the Turnaround Management Association – TMA Brasil, and also a member of the Brazilian Bar Association’s (OAB) Special Committee on Banking Law.

Ivo has been advising clients on debt restructuring, insolvency and business litigation for more than 10 years, having played an important role in some of the most challenging reorganization cases in Brazil, including advising investors and sellers in the divestment of assets of companies in distress.

Ivo Waisberg has more than 25 years of experience in legal practice – in matter involving business, corporate, banking, antitrust and contract law – having assisted large companies and banks by representing their interests in large-scale transactions involving financing, mergers and acquisitions, corporate restructuring, agribusiness and also on strategic litigations relating to such areas. He has also represented clients in highly complex litigation cases and negotiations.

Ivo also participates in commercial and corporate arbitration, both as counsel for the parties and as an arbitrator, as he is included in the list of arbitrators of the Chamber of Market Arbitration of the São Paulo Stock Exchange – CAM BMF&Bovespa, among others.

Waisberg has been cited many times as one of the leading attorneys practicing in areas related to commercial law, bankruptcy law and debt restructuring by renowned international publications such as Latin Lawyer, Legal 500 and Chambers Latin America.

Ivo is also a professor of commercial law at the Catholic University of São Paulo (PUC-SP), both in undergraduate and graduate programs. He is also a visiting professor in commercial law courses organized by local business school GVLaw.

Bruno has great experience obtained from his outstanding work in the largest and most complex restructuring cases in Brazil, having advised debtors, creditors and investors involved in the most challenging cases of restructuring, court-supervised and out-of-court corporate reorganizations and bankruptcies.

Bruno began his career participating in the Parmalat debt restructuring, having, since then, participated in and coordinated dozens of other successful cases involving debt restructuring. He has coordinated with foreign law firms the filing for ancillary debt restructuring outside of Brazil (Chapter 15), thus acquiring vast experience in litigations relating to cross-border insolvency cases and negotiations. His work in debt restructuring has been recognized in several legal directories, having had his name mentioned and ranked in publications such as Latin Lawyer, Legal 500 and Chambers. He is also a coordinator of the committee on bankruptcy law at IBRADEMP and a member of the NextGen at the International Insolvency Institute.

Bruno obtained his Bachelor’s degree in Law from the Catholic University of São Paulo in 2005 and his LLM in Bankruptcy Law from Columbia Law School, NY, in 2012.

Ricardo is a highly skilled attorney in the areas of debt restructuring, corporate reorganization, litigation and arbitration, having played an important role in some of the biggest court-supervised reorganization cases in Brazil.

Ricardo obtained his Bachelor’s degree in Law from the University of São Paulo in 1999; his graduate certificate in IT Law from the Escola Superior da Advocacia (ESAOAB-SP) in 2008; and Corporate Law Extension Course certificate from the School of Law at the International Institute of Social Sciences (CEU-IICS) in 2014.

Herbert has developed his career in law covering a wide range of practice areas such as real estate, finance, corporate, restructuring, capital markets and contracts.

Professor at the FGV Law School on Corporate Law and coordinator of the short course on Business Law in Crisis.

Member of the Board of Directors of the TMA Brazilian chapter (Turnaround Management Association).

He graduated in Law from Universidade Presbiteriana Mackenzie (2009), holds a Masters in Law degree in Philosophy of Law and Legal Theory from the Universidade de São Paulo (USP) (2013) and is currently obtaining his PhD in Commercial Law from USP.

Admitted to practice in Brazil (São Paulo – 2005)  and in New York (Second Department – 2018). Member of the Board of Directors of the TMA Brazilian chapter (Turnaround Management Association).

Graduated in Law from the University of São Paulo Law School in 1980 and was approved in the Public Examination for the Judiciary System of the State of São Paulo in 1981, where he held the positions of Substitute Judge, Chief Judge and Jugde of the Court of Appeals.

On March 2005, he was promoted to the Judge of the Court of Appeals, becoming a member of the Fourth Chamber of Private Law of the TJSP and in parallel was nominated to compose the triple list for the position of Minister of the Superior Court of Justice.

In 2014, he was appointed by the Internal Affairs Judge for the South and Southeast regions and to coordinate the special advisory of the administrative regions of Brazil with the Conselho Nacional de Justiça, until 2016.

Additionally, he was elected for three terms as Counselor of the Associação Paulista de Magistrados, occupying the positions of vice-president and president of the Advisory and Fiscal Board.

In 2012, he was elected to the Business Law Reserved Chamber of the Court of Appeals of São Paulo, where he remained until 2017. In 2018, he retired from the Judiciary and joined Thomaz Bastos, Waisberg, Kurzweil Advogados.

Lucas Rodrigues do Carmo graduated in Law from Faculdade de Direito de São Bernardo do Campo – FDSBC (2009), is a specialist in Brazilian Civil Procedure from the Pontifícia Universidade Católica de São Paulo (PUC/SP-COGEAE) and is currently LL.M candidate in Finance and Capital Market Law from INSPER/SP.